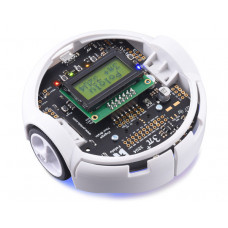 1) Of assembled assembled robot without batteries.