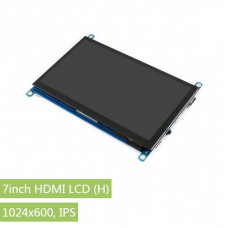 Note: Raspberry Pi and Speaker (8Ω 5W) are NOT included.