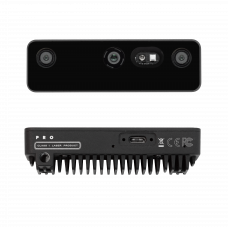 This OAK camera uses USB-C cable for communication and power. It supports both USB2 and USB3 (5Gbps / 10Gbps).

Auto-Focus (AF)
For the normal FOV version you can select either FF or AF color camera, more information here.

This OAK model doesn’t have an IR filter on mono cameras (the production version will have notch IR filters at 940nm), which allows only visible light and IR light from illumination LED/laser dot projector to the camera.
Laser dot projector projects many small dots in front of the device, which helps with disparity matching, especially for low-visual-interest surfaces (blank surfaces with little to no texture), such as a wall or floor. The technique that we use is called ASV - conventional Active Stereo Vision - as stereo matching is performed on the device the same way as on OAK-D (passive stereo). 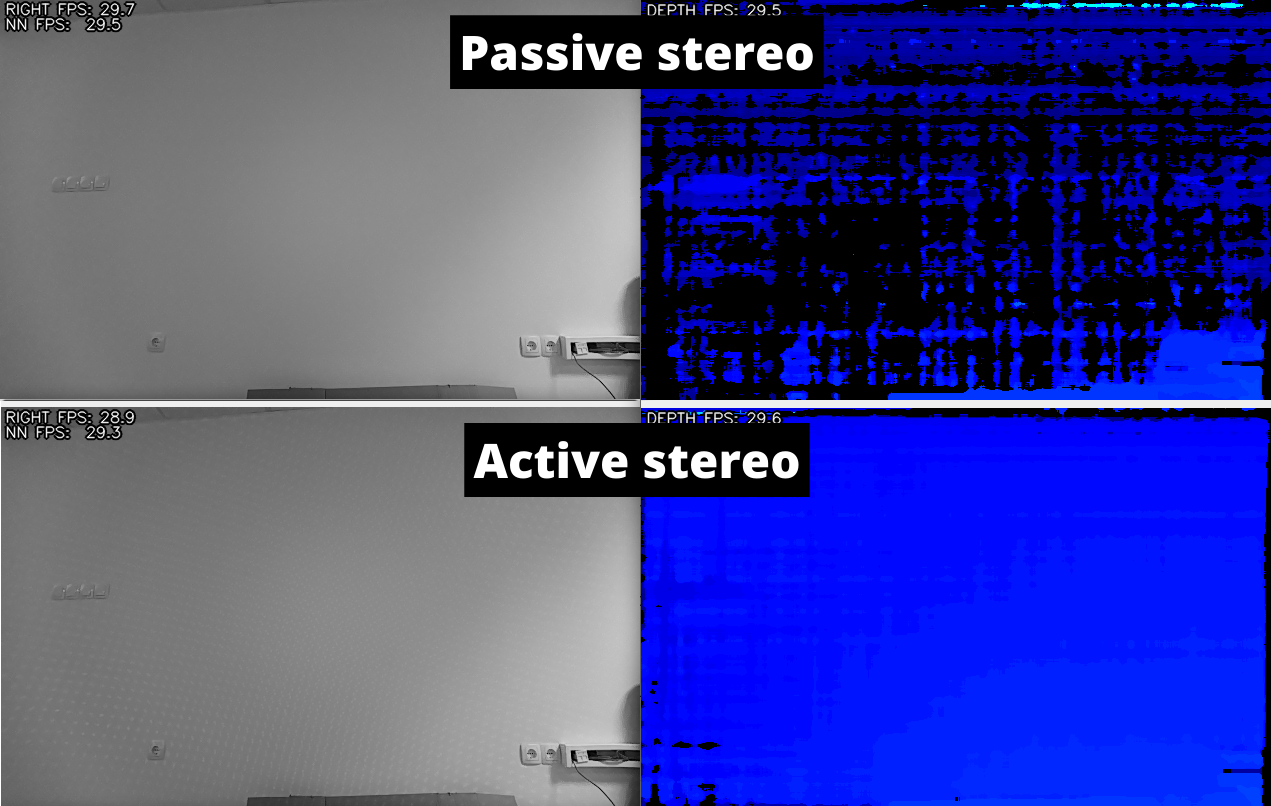 Flood IR LED illumination allows perceiving low-light and no-light environments. You can run your AI/CV processes on frames that are illuminated by the IR LED. Note that the color camera doesn’t perceive IR light, so you would need to use a mono camera stream for your AI/CV processes.

This OAK camera has a baseline of 7.5cm - the distance between left and right stereo camera. Minimal and maximal depth perception depends on camera FOV, resolution, and baseline - more information here.