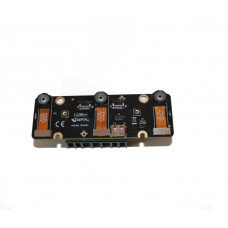 Note! This product might be not calibrated or hand calibrated, resulting in a less accurate depth map.