This product has been replaced by newer version of Pololu #2509.

This combination deal contains most of the parts you need to build an Arduino-controlled Zumo robot. It consists of a Zumo Shield for Arduino, a Zumo chassis kit, and a Zumo blade. You will also need a pair of micro metal gearmotors, four AA batteries, and an Arduino to complete your Zumo robot (motors, batteries, and Arduino sold separately). This product is a kit; assembly (including soldering) is required. 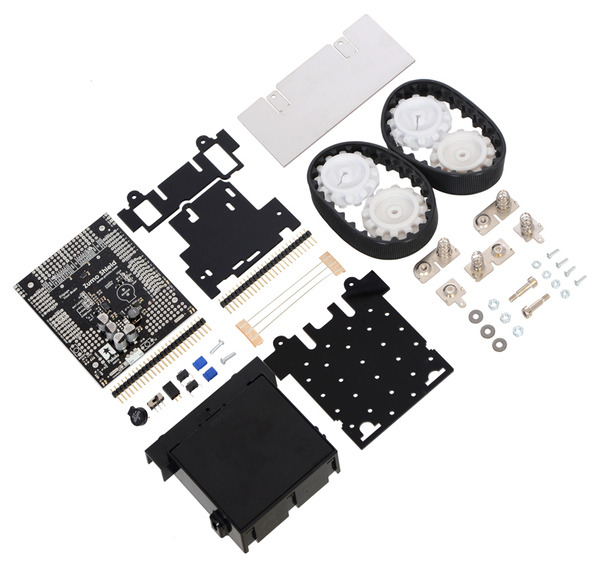 Contents of the Zumo robot kit for Arduino. 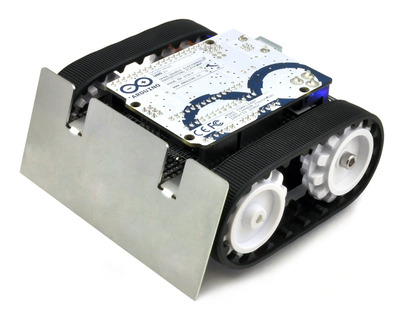