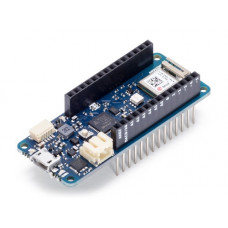 The Arduino MKR WiFi 1010 is the easiest point of entry to basic IoT and pico-network application design. Whether you are looking at building a sensor network connected to your office or home router, or if you want to create a BLE device sending data to a cellphone, the MKR WiFi 1010 is your one-stop-solution for many of the basic IoT application scenarios.

See what Massimo Banzi, Arduino Co-founder, has to say about this board in the following video.

The board's main processor is a low power Arm® Cortex®-M0 32-bit SAMD21, like in the other boards within the Arduino MKR family. The WiFi and Bluetooth® connectivity is performed with a module from u-blox, the NINA-W10, a low power chipset operating in the 2.4GHz range. On top of those, secure communication is ensured through the Microchip® ECC508 crypto chip. Besides that, you can find a battery charger, and a directionable RGB LED on-board.

At Arduino we have made connecting to a WiFi network as easy as getting an LED to blink. You can get your board to connect to any kind of existing WiFi network, or use it to create your own Arduino Access Point. The specific set of examples we provide for the MKR WiFi 1010 can be consulted at the WiFiNINA library reference page.

It is also possible to connect your board to different Cloud services, Arduino's own among others. Here some examples on how to get the MKR WiFi 1010 to connect to:

The communications chipset on the MKR WiFi 1010 can be both a BLE and Bluetooth® client and host device. Something pretty unique in the world of microcontroller platforms.

The Arduino MKR WiFi 1010 is based on the SAMD21 microcontroller.

The MKR WiFi 1010 is open-source hardware! You can build your own board using the following files: 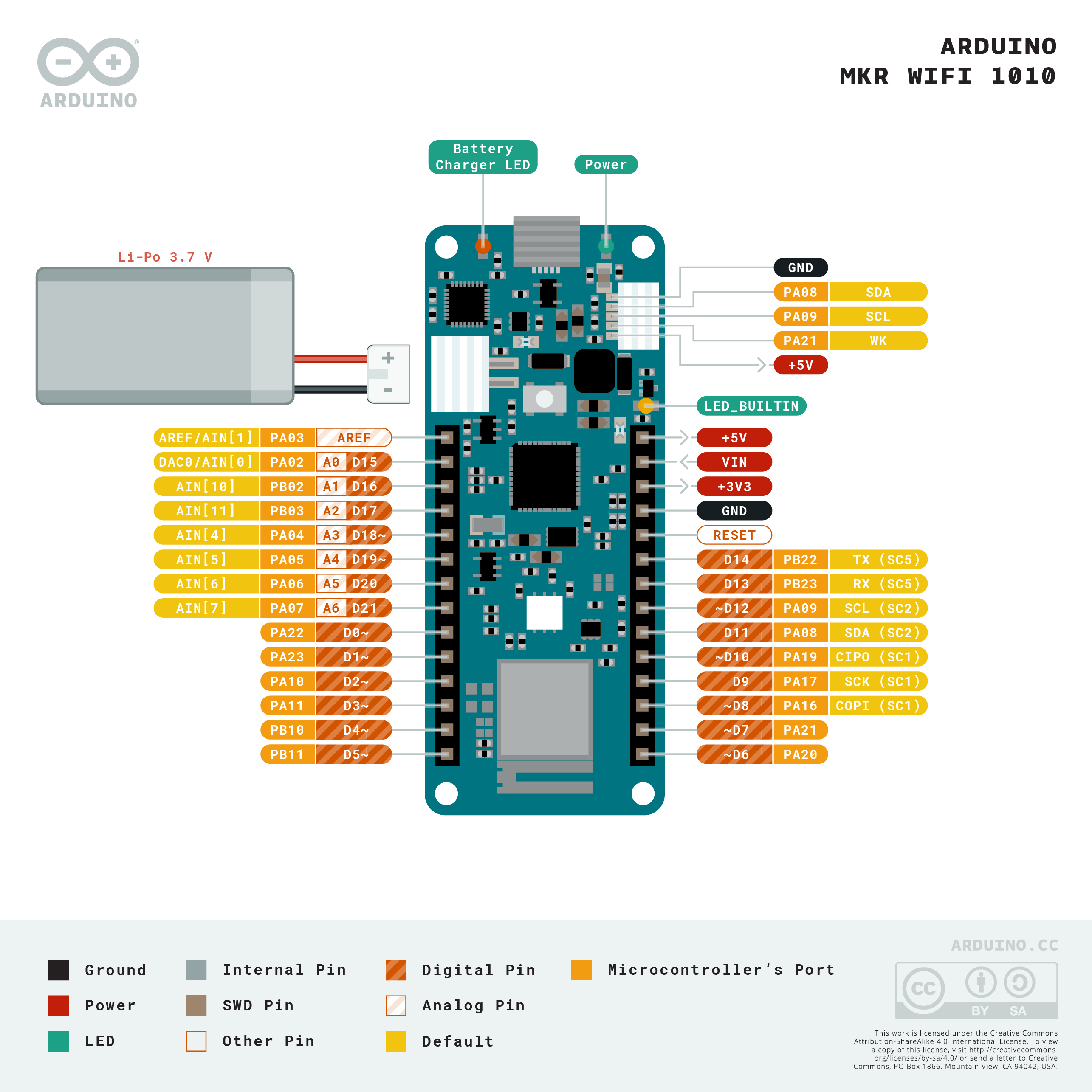 The MKR WiFi 1010 has an additional connector meant as an extension of the I2C bus. It's a small form factor 5-pin connector with 1.0 mm pitch. The mechanical details of the connector can be found in the connector's datasheet.

The I2C port, also referred to as the Eslov self-identification port within Arduino, comes with: SDA, SCL, GND, +5V, and an extra digital pin meant to send an alarm to the otherwise plain I2C devices connected to it. The pinout is shown in the following image:

If you are interested in designing your own modules for Arduino boards with this expansion port, the connector we suggest using is code: SHR-05V-S-B, also in the picture.